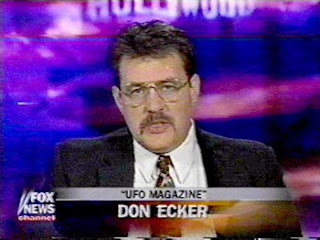 When you egregiously slander the character of someone because they fall contrary to your whacked-out, right wing, and nut-ball personal belief systems, you're fair game. At every opportunity presenting itself I will push the edge of my literary hand into your throat. Block this Mr. Ecker.

Don Ecker is ever breaking slanderous "eggs" for inedible "omelets." Seemingly a lover of war*, or the physically and psychologically maimed kids war produces, he is fond of attaching the proceeding to what he passes off as "reportage" to be consumed at Gene Steinberg's Gulled Standard Paracast Board. He signs off with every post:

"...Except For Ending Slavery, Fascism, Nazism, and Communism, WAR has Never Solved Anything!"

I've seen this repellent admonition for years and have always been revolted by its reflex ignorance and insentient hoo-rah. It's the kind of statement made at dinner with reasonably with-it people provoking everyone to look at their plates in abject and astonished embarrassment, then filling lungs for outraged protest! Though, one senses that there can be no argument or discussion with a person who would chest-beat such an appalling and unenlightened remark.  This is forgetting that it is a remark so far off the mark.  Consider!

Slavery? Ended by war? Not when real slavery is just switched out for wage slavery, Mr. Ecker – minimum wages leavened with union busting, zero unemployment benefits, zero workman's compensation, zero social security, zero Medicare, failing trickle-down, forced employment, and ironically, homeless Vets!  All you stand for.  See, real slaves, significant dollar investments, at least had to be fed, sheltered, and "seen to."  Don't have to do that with your wage slave, eh?

Here was the real reason slavery ended, Mr. Ecker. It was becoming unprofitable and had to be born anew! Your war is the ironic facilitator of that rebirth!

I suspect you support the new slavery! We won't belabor the reinvention of slavery in America–with one in a hundred persons (one in nine if you're black) doing time at any one time–your wars are doing nothing to stop!

Fascism and Nazism? Ended by war? Not when the war insured that it would only be transplanted, wholesale Mr. Ecker, to the United States and elsewhere to display all the same telling signs and obviate spoor! Signs and spoor? 1. Powerful and escalating expressions of overweening, overbearing, and unwarranted "us/them" nationalism (why do you hate america?)! 2. Utter contempt for the importance of human rights (...can you spell Lilly Ledbetter?)! 3. ID of enemies/scapegoats as a "unifying" cause (Damn teachers, beat cops, and firemen)! 4. The supremacy of the military-cheering militarism (More than the next top ten combined)! 5. Rampant sexism (legitimate rape)! 6. A controlled mass media! (Duh!) 7. Pathological and disingenuous "national security" concerns (Those are my genitals, TSA man!) 8. Religion and the ruling elite tied inextricably together (Hello Religious right)! 9. Power of corporations increased, protected, and well facilitated ("corporations are people, too!") 10. Power of labor suppressed, eliminated, and even humiliated (No strikes since Reagan!) 11. Disdain and suppression of legitimate intellectuals and the instructive arts, even education! (...bet that gives you wood!) 12. Obsession with crime and punishment (see "slavery" above)! 13. Rampant cronyism and corruption (good work, Brownie)! 14. Contrived and Fraudulent elections! (Romney buys voting machines in Ohio!) ...And last... but certainly not least, 15. Being Tediously unfunny! Fascism and Nazism? They live! You are their glad instrument!

Communism? Ended by War? We'll forget for a moment that Communism is first conceived as a reaction to an unfettered, unrestricted, and unregulated tyranny of the elite you pander to, an elite responsible for turning the planet–outside of guarded and gated communities few will ever see–into a "garbage Island" ensconced in the middle of a toxic cesspool. Here you'll find hapless denizens of a corporate hell on Earth on guard for rat tails in their hamburger, hamburger subsidized by minimum wages in wage slave sweat shops, and all owing their souls to the company store: The new Capitalist golden age! No, Mr. Ecker, Communism is not ended, rather it is supported by trillions of dollars in your debt to the communist Chinese!

Worse than a man with no sense of his history, Mr. Ecker is the man who will distort same, reader, and in the name of self-serving, and I suspect insincere, patriotism. He did it with me.

Wrong on so many levels just right here, one wonders what else Don Ecker is "off the beam" about. "Godfather" of ufology? Let him swim with fishes!


*A master trainer of enlisted men and officer candidates for many years in a 23 year military career, I've a lot of experience with the type.

Posted by Alfred Lehmberg at 12:33 PM No comments: Links to this post


READ THE STORY!
Posted by Alfred Lehmberg at 7:21 AM No comments: Links to this post

The ostensibly "serious" and "respected" learned of our torrid and anxious community decries the "carnival atmosphere" of studies "paranormal" in general and UFOs in particular.  These persons aforementioned—self-assured that they are at the cutting edge of reasonable entelechy— (1) bemoan the tolerated huckster. They (2) lament the lack of qualified peer review.  They (3) weep regarding the "provoked disinterest of mainstream science."  Finally, (4) they rather toothlessly bewail the incorrigibly inconsistent and even damaging protocols employed by suspicious "amateurs" in the field.  How dare they?

READ MORE
Posted by Alfred Lehmberg at 8:58 AM No comments: Links to this post 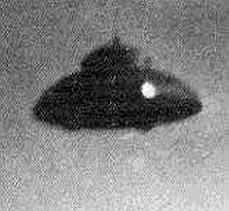 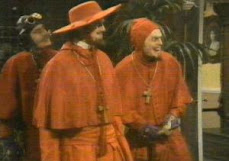 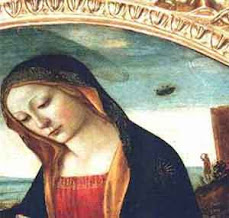